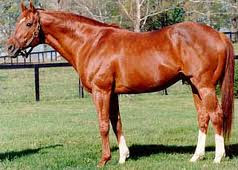 I’ve been pestering my husband to take me to Secretariat. Since it’s gone from the major theaters, I had little hope of seeing it on the big screen. Then I saw an ad for a second-run theater here in the Phoenix area, and yes, they were playing Secretariat. AND the ticket price was $1 on Tuesdays (normal price is a paltry $2).

With a price like that – especially when “regular” theaters charge $7.50 for the matinee – we planned for dinner and a movie yesterday. Actually movie and a dinner, since the best time for us was the 3:15 showing.

Neither of us had been to this “encore” theater, but Scott knew it was in a major shopping mall. In other words, it wasn’t a dive in a bad neighborhood. What we didn’t know, however, is what it turned out to be: a big, giant magnet for every white-haired person with a cane or walker within 100 miles.

The place was packed. If we’d been any later, we would have had to sit in the front row or on some old geezer’s lap. For the first time since we moved to Phoenix last summer, we almost didn’t find a seat. Not at a first-run, opening weekend, blockbuster movie, but at a feel-good flick about a famous racehorse. A movie that’s so old it’s almost out on DVD.

Now I enjoy a bargain as much (or way more) than the next person, and I’m not young; I’m well into middle age. Part of me enjoyed feeling like a dark-haired, wrinkle-free whippersnapper amongst all that pure white fluff. Sadly, it wasn’t the aroma of popcorn that greeted us in the theater, but the odor of liniment. You see, elderly people who get their kicks out of paying $1 for a movie apparently don’t buy popcorn or drinks. Out of 200 people in the theater, we could see only a couple besides us who had any refreshments. If this were your average group of elderly in any other town, I might understand that this was out of economic necessity, but come on – this is PHOENIX, and most of these folks are driving a Mercedes and have a second home in Connecticut. Apparently they don’t understand that a) theaters survive on popcorn, candy, and drink sales, and if they don’t buy, the theater will close; and b) popcorn is GOOD.

Oh, and the movie? Yes, it was amazing. I liked it better than Sea Biscuit, although for all I know, the writers may have messed around with the facts in the Secretariat story just as much. (They do that to make what they think is a better movie.) Those of us of a certain age remember when Secretariat won the Triple Crown; my memories of watching those races are vivid. That doesn’t make the movie any less compelling. It’s really the story of a woman’s courage and determination: Penny Tweedy, the owner, fought a tough fight to hang on to Secretariat and race him. She won, he won, they all lived happily ever after. Go see it.