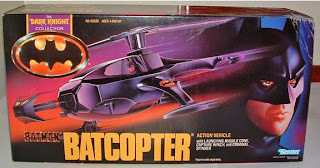 I bought a lot of toys when my two boys were little. To their great disappointment, many of those toys went into the toy closet, unopened, and have stayed there for years. These were not-to-be-played with toys. These were, in fact, investment toys, meant to be sold later when they had increased in both rarity and value.

I’ve put a few on eBay over the years. Like all investments, some turned out to be a bust, like the Willow action figures that wouldn’t even bring a dollar each. Others were absolute steals that paid off very well – a Star Wars Micro Playset bought for $5.99 brought $59.99. I don’t do math well enough to know exactly what kind of payoff that was, but I liked it.

This fall I heard eBay was running a half-off-listing-fees sale, and I jumped on it. After I listed fifty-some toys, I sat back to watch the bidding action. I figured the Disney “Dinosaurs” talking Baby would be a sure thing because they’d been selling for big bucks. But no, the auction ended without one bid, and I still have my Baby. But every New Kids on the Block doll went fast. Those Jonathans and Jordans I bought in honor of my boys’ names are still popular with ex-teenyboppers, I guess.

The last sale I made was a 1990s Batcopter. The buyer said he lived in Spokane, and could he come pick it up? Knowing how lost people get when they try to find our home in the country, I said I’d drop it off at his workplace in Spokane Valley. Turns out he works at a tattoo parlor, and so yesterday I made my very first visit to such an establishment. The young receptionist was very much like Abby on NCIS: black hair, cheerful, tattooed. She said my buyer wasn’t in, but she’d give him the toy.

Later the buyer emailed me and asked if I had anything else to sell, because he and his brother collect 1980s and 1990s toys. Oh Joy! I can give him a list and maybe, just maybe, he’ll take those Willow action figures off my hands. And maybe I can finally get that little butterfly on my…

Although if he’s thinking of trading tattoos for toys, I guess he’ll have to think again, and my butterfly will have to wait. It just wouldn’t be appropriate. As my Scotty said, “No Toys for Tats, Dearest.” 😉