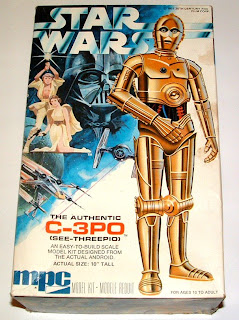 Stuff. Too much, far too much, the accumulation of 25 years of living in the same place. A place that has far, far too much space in which to store the stuff. I have a house with large closets, a full basement, a big and very accessible attic, a garage that fits two cars with plenty of room left over, and an enormous barn with three levels of empty just begging to be filled. And, regrettably, it almost is.

And it isn’t just my stuff. There’s also the stuff I’ve kept that belonged to my late husband – tools, mostly, and some glassware he liked to collect. Then there’s the kids’ toys, only the kids are now 23 and 25. The attic is half full of empty Teenage Mutant Ninja Turtles boxes waiting to be reunited with the proper vintage of Donatello, Rafaelo, or Michaelangelo.

There’s also a bit of Scotty’s stuff, although he is the antithesis of a pack rat. He packed pretty light coming into our marriage.

Mostly, though, it’s mine, and that “mostly” consists of books I’ve never read and never will, though they look interesting; books from my children’s childhood days that they may remember and want for their own kids someday; toys, either from my own childhood or from the childhood I thought I wanted, where every toy-related wish is fulfilled; clothes of various sizes fitting the skinny me, the average me, and the upsized me; a pantry full of things like brownie mixes that are going on four years old; and around 450 video tapes full of old tv shows, movies, and home videos.

That’s not to mention the antique stove sitting in the basement that looks pretty, doesn’t work, and isn’t attracting any bids on eBay. What do you do with a “Monarch Malleable Range” that’s too valuable to give away but nobody wants? (Want to look me up on eBay? I’m “gibbsj.”)

Then there are all those antique vases that are probably worth something, but I don’t know what. So I might list them for $20 on eBay only to find they’re actually worth $400. Oops. I could sell the whole kit’n caboodle to an antiques dealer, but she’d know exactly what it was worth and I still wouldn’t. That stuff doesn’t always come labeled with a convenient tag, like, “This is a very rare, very desirable, very expensive lemonware glass shaped like a tulip with a solid sterling base and made in Holland around 1900, and you shouldn’t take any less than your firstborn child for it.”

Lamps. I got lamps. We closed down the lake house and brought a whole houseful of stuff back, and most of it is still stored in the barn, including all the lamps, which joined ranks with the overflow of lamps from the house. I must have 30 lamps. Extras, that is. My aunt offered me $75 for one of them, but it was so Art Deco ugly that I gave it to her just to get it out of my sight.

It’s funny what people want. I advertised a faded red fire hydrant labeled “1949 San Francisco” on craigslist.com. Within an hour I had an offer, and later I had two more. I got a bit of welcome cash for it with only ten minutes’ work to take a photo and list it.

But nobody wants the Arnold S. “Terminator” doll with glowing eyes. Come on, he even talks! But there’s a few dozen of his clones on eBay, and none of them are selling either. So my “investment” just sits in the toy closet and gets dustier.

Not so with my talking Steve Urkel doll (remember Family Matters?). Someone snapped him up within a couple hours’ of his appearance on eBay, and they paid a pretty penny for a doll I got for a few bucks on a clearance table.

There are other, non-eBay ways of clearing the clutter, and I don’t mean the illegal burn barrel next to the barn. We have at least ten charity-related thrift stores in Spokane that will take most anything, as long as it isn’t stained, ripped, or missing pieces. (They wouldn’t have taken my vintage Star Wars C-3PO model kit, but some guy in Ireland did.) I have four big bags and a box full of stuff in the trunk, ready to go to my favorite, the Union Gospel Mission’s Classy Rack in Spokane Valley. Great people work there, including some who are recovering addicts or formerly homeless. People who are working hard to restore their lives with God’s help.

My goal is to dejunk, declutter, and clean out the freezer in the next two months. I sold 19 toys on eBay in the past week and a half, so there’s hope the next 26 items will sell too. And after that, I only have 4,368 items to go. Pray for me.